Everything you must know about how to create and use Custom Commands.

To create an alias you can use the fact that you can call a command with Rich Commands.

When creating the custom command, you can specify a static parameter for the command, for example>>>roll 10will call roll 10when usingk

Commands which doesn't need any parameter

Here's an example of a russian roulette which either play an earrape, or a relaxing song.

You can call several commands thanks to&&

How to get user's parameter

If you don't want a static parameter, you can ask the user for one.

By default, if you only specify >>>volumewithout{1}it's the same thing as>>>volume {0} . This means that every parameter is parsed, when{1}used, the command will only take the first one.

You can set a default value to use when no arguments are passed.

You can select several parameters based on their index.

You can use negative numbers to start counting from the end of the argument list. 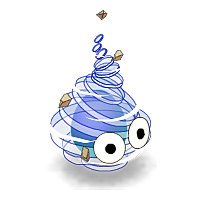